Think about a spot in a field a quarter-mile away, downhill from your house.

Now imagine crawling back home from that spot, using just your arms.

His ordeal lasted five hours – or 14 months and counting, depending how you look at it.

Patterson was spot-spraying thistles in a lower pasture when his four-wheeler overturned and rolled over him, breaking his right femur near the hip.

“It sounds like an unbelievable story,” he said, when he and his wife Kathy shared it with me.

Patterson was driving on a downhill grade, angling across a side hill with a rear-mounted, full sprayer tank. The ATV’s left front wheel dropped into a worn rut of a cattle path hidden by tall grass.

When he and the ATV tipped left, he knew the outcome would be bad. He heard his thigh bone snap when 700 pounds of equipment rolled over him.

The ATV kept rolling, ending upside down not far from him, with the engine still running.

“I was instantly (mad at myself)… Stupid, stupid,” he said, about driving on a sloped grade with uneven terrain. “I thought, ‘this four-wheeler is gonna catch on fire and burn up; I don’t want to get toasted too.’”

So with a right leg that “just flopped” below the hip, he used his shoulders and arms to drag himself 50 feet away and considered the options. It was early afternoon. He didn’t have a cell phone. His wife didn’t expect him home until supper time.

“I did some talking to myself,” he recalled. “’My son’s at work. My wife thinks I’m ‘somewhere’. Nobody’s gonna look for me. It’s hotter than the hubs of Hell, but I’m a stubborn SOB and I’ll either make it or die trying.” 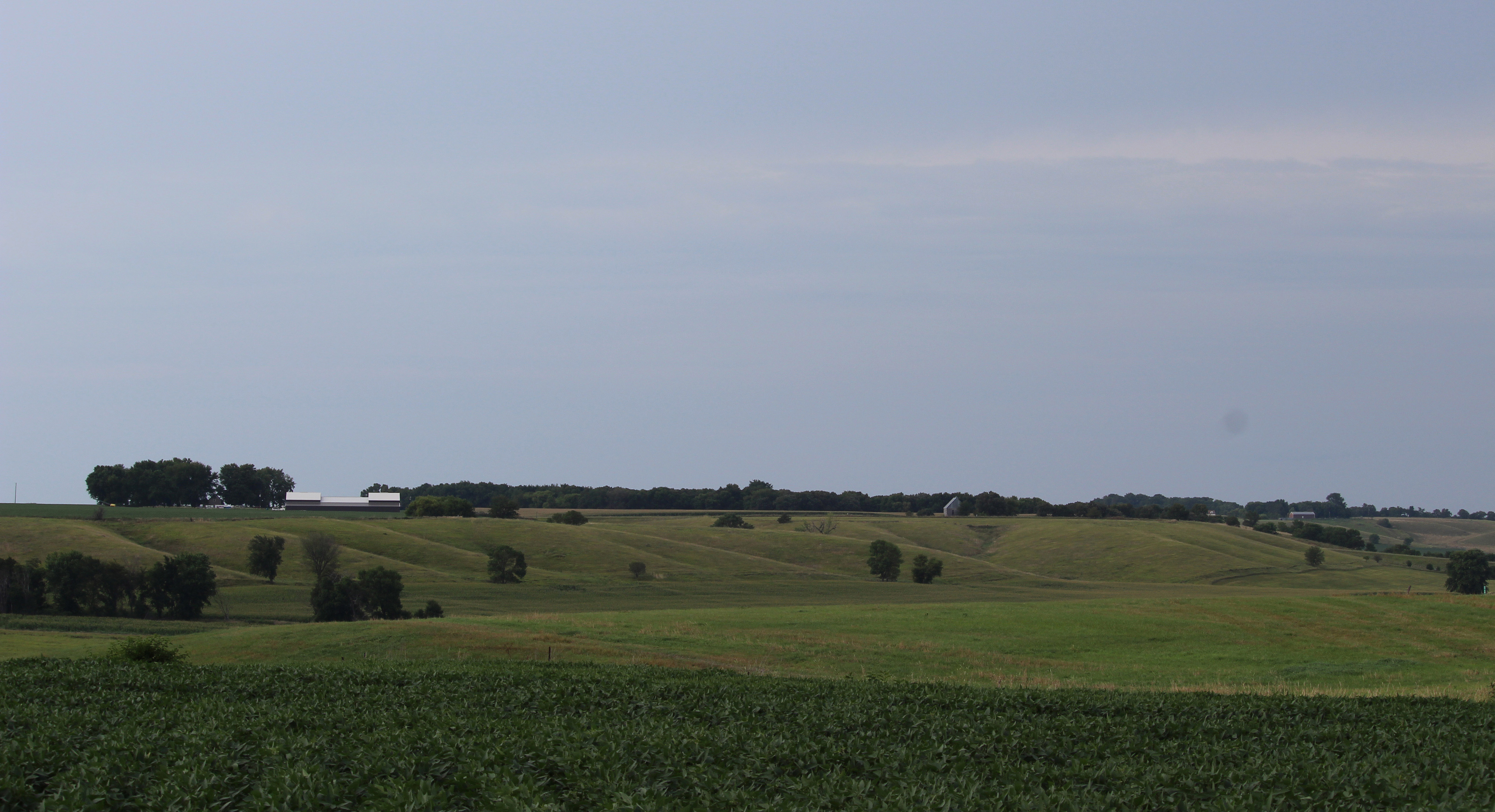 For the next five hours, he inched his way up the hill using his arms and elbows. His arms and hands were bloodied, and his broken leg caught in cattle path ruts as it drug along. He lifted his leg out of the ruts with his hands to free it.

When his arms and hands were raw, he turned over and scooted backwards on his rear, but that was worse.

“I even tried hopping with my good leg, but I came down on my bad leg and the pain dropped me.” So he went back to belly-crawling.

Kathy had been in town and returned late in the afternoon to make supper. By 6:30, she was concerned and called their son Nicholas to ask if he’d seen his dad.

Nick came over to the farm in Patterson’s ’78 Jeep. Before heading to fencelines that Patterson had intended to spray, he noticed an open gate north of the farmstead that would ordinarily be shut. When he went to close the gate, he spotted the overturned ATV down across the pasture.

In the meantime, Patterson had made it to a cattle yard, but he couldn’t cross it because of deep ruts that kept catching his leg. He went back to the pasture route and crawled until he reached a waterer on a concrete pad. After hours crawling in the heat, “I got myself up somehow and drank water out of that mossy cattle tank.”

When he heard his Jeep, he knew someone was coming to find him. He started hollering.

“Nicholas called for the ambulance,” Kathy continued. “He came back and told me ‘I found him, and it’s not good. He’s in the cattle yard. He wants a Mountain Dew.’”

Patterson was transported to Sioux City and had surgery the next morning. A titanium rod was implanted the length of his femur to hold three pieces of bone in place.

Over the past year, he’s had physical therapy.  He’s operated a tractor but only recently has been able to climb steps alternating right and left legs, instead of leading with his left.

Patterson is recuperating and optimistic. In spite of all he’s gone through, he and Kathy maintain a sense of humor. They recounted fatal ATV injuries in neighboring communities and know Kenny was lucky to survive. “The bone broke into three pieces but it didn’t sever an artery or break through the skin,” he said.

He cautions about hazards like cattle paths or washouts hidden by tall grass, driving across a steep side hill, and having a full sprayer mounted on the ATV that changes its center of gravity and adds momentum to a rollover.

“One of the last things I said that morning was ‘I don’t have that much experience on this thing.’ I’d never sprayed with it except on flat ground; I was too far down that slope.

Kenny Patterson is a lifelong farmer at Cherokee, Iowa. He runs a 100-cow cow-calf operation and grain farm with his son, Nicholas, and recently retired from the fur-trading business he operated for decades. He’s known for the signature stocking cap he wears in all seasons.

An edited version of this story was originally published in Iowa Farmer Today.